We are kind of the same, having grown in two separate bags we’re not identical, but we do have many somatic features in common. More or less the same height, the same  hair, sandy blond wavy, the same blue  eyes, but those of my sister are round,  whereas mine are elongated.

A different smile as well because Ama is reflective, I am instinctive.

She is toned, I’m skin and bone.  I’m light, she is olive-skinned.

She smells of arabic coffee, apricot for me please.

Together, we make each other whole and I’m grateful to destiny for having been born together.

Her boyfriend used to say “She is everything you are, plus herself.”

I haven’t decided yet about my schedule before meeting Ama.

Answer the message or chatter with other guests. It was easy with Luz, her focus is always on making friends.

The lady who managed the kitchen, her name was Emi, had a nice blond girl labrador. I can not say that the two became friends, but for sure they became allies during the first dinner. Blondie was used to checking very scrupulously the preparation of food, Luz showed her that she could open the fridge.

My girl soon became the mascot of the house, she used to weave amongst the guests and tables  laughing and smiling. So it was not easy to keep them under control. The two of them kept us mesmerized, meanwhile  the food disappeared from the fridge.

I paid for the lock and the locksmith.

After having locked the fridge we found  Luz with her four paws on the countertop sticking her snout into the cereal boxes. I paid fifty dollars and nobody spoke about it anymore.

Apart from Emi, there was a Japanese man, a teacher, there to visit an Art School. With him a lot in our lives would change.

The guests were all Japanese, here in the mountains to breathe the fresh air. A family with a child and a group of six who used to play cards for money and drink a lot of saké, laughing every evening very loudly.

This was our new family for the coming days.

Saturday, I thought it was the perfect day to answer the message

“I’m at a fashion runway at the moment.”

To him this was normal according to his life, but this last phrase shook me like an earthquake, I went to pieces.

I suddenly realized deep down inside I would never ever become his priority, definitely not.

Luz was looking empathetic and feeling my regret. The teacher was also  looking at me in a friendly way, he would have spent a stretch of time with us, but I said to Luz “Let’s go!” and we went out into the forest.

Speaking with the trees, mesmerized by the crowns, the shapes of leaves and their swinging, whining, that afternoon I could convince myself that I would not have waited for him, though  I would never have forgotten.

It was getting dark out there, we had strayed, then I suddenly heard a masculine voice coming from the house calling me and Luz, showing us the path with the vibes of his voice.

It was late, Emi brought tea and some cakes to our room and said “It will be fine, you are beautiful, it will be fine.”

“Maha-Chan, I’m not available today. Tomorrow I would like to visit the Art School with you. Hisao”

Perfect, just perfect, an entire twelve hours just for us, to relax. Luz had a bath with bubbles and her fur blow-dried, for me a massage, in addition we had a snack made with love, in the tray there was a card

END_OF_DOCUMENT_TOKEN_TO_BE_REPLACED 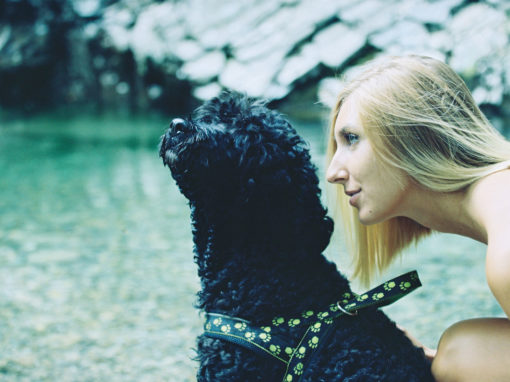 I had decided to spend another night at the hostel. I switched on the air conditioning, it was coin-operated, one could purchase the tokens at the reception.