I’ve got a black curly haired dog, medium molossoid, a smiling girl, full of Portuguese ardor, due to her breed a champion in disobedience. 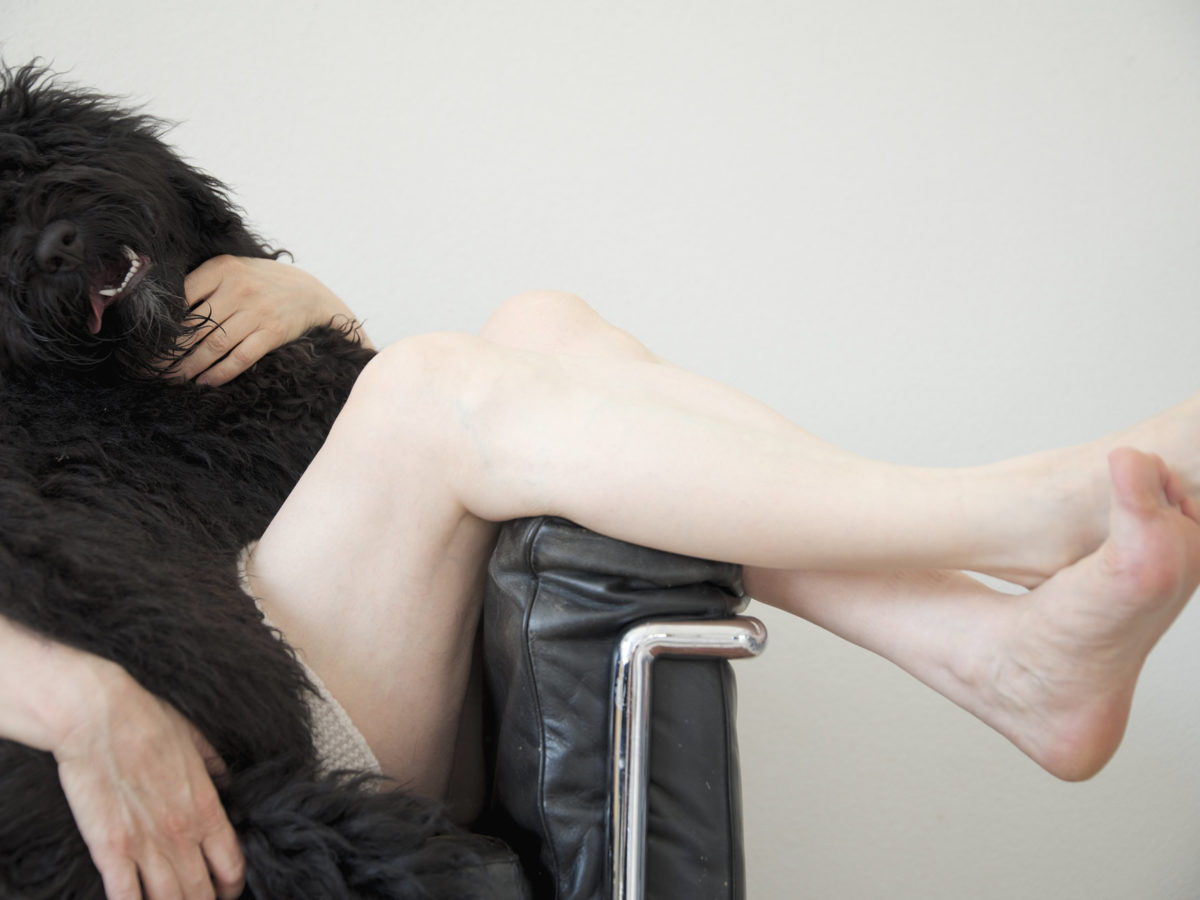 I’ve got a black curly haired dog, medium molossoid, a smiling girl, full of Portuguese ardor, due to her breed a champion in disobedience.

Unfortunately she has some genetic issues, like wiry hair, slight underbite, a hip flaw on the right and a small abdominal hernia.

That means your dog is blocked, no official engagements, no puppies, no exhibitions.

Her career could be that of a working therapy dog, she is very skilled, but to become a licensed one, she should first have to pass an obedience test, definitely blocked. So we finally are outsiders, dogs without chains.

We spent the first one and a half years on a plateau in the Swiss Alps trying to get the best possible balance between muscles, bones, confidence and a graceful being. We were happy enough; although her ardor tore several jackets to pieces, sprained a wrist, dislocated a rib, and chipped an incisor.

Then this happened: in June 2018 listening to the TV news we were captivated by a disaster which occurred in Western Japan. After some non-stop rainy days, a flood caused a national catastrophe. They needed help, right away, a dog capable of smelling beings under water, dead or alive, would do.

The Japanese are known to be dog-friendly and maybe they would allow me to stay on board on the first row of seats with Luz at my feet.

It would be out of the question to put her in the hold.

The captain, Mr. Okamura-San, of flight number NH 6752 from Zürich to Tokyo Narita, a very kind Japanese man said it would be OK.

Time to get the backpack ready.

It is not as simple as you would think. You have to contact the company, they have to look at the flight schedule and find out who the captain is and then after having passed the veterinary control at the airport border, you have to wait on the tarmac for the permission to  board. That can take hours or days, with the possibility that the captain may have changed in the meantime.

Comfortable times leaving on Sunday at 1 pm, Terminal 2, arriving in Tokyo Narita Monday at 9.19 am, Terminal 1, and for a comfortable price of two times 571 Swiss Francs, one way for Luz and me.

Mr. Okamura is a reliable man, we were able to board once everyone else was seated, and took our places right near the flight attendant galley with a reasonable space for Luz to lie down.

I did not say anything to my sister, my twin. She came home just in time to say hello, I was steering my Jeep in the parking area. I waved good-bye, shouting “We’re going on vacation.” She did not ask where, she knew I was in need of some time off.