We found a piece of paper in our room

Ama suffered from jet lag, I was empathetic.

We dressed with black linen low cut trousers, silk shirt lightly tucked in, same model, pastel blue for Ama, night blue for me, and flip-flop getas to honour the country that hosted us.

We lined each other’s eyebrow arches as if they were tattoos.

The friend of Hisao was also there, Emi accepted to cook for him even though the house did not do catering.

Hisao looked at us as if one sister was a projected image of the other, he put his hands on his heart and said to me

“She is you, but in addition there is she.”

Daisuke slightly smiled, he enjoyed his beauty and our presence. I had not noticed when we met at school, he was pretty hot. We were just sitting when a young lady entered. I could not say if she was Japanese or Gaijin, she came directly to our table and greeted Daisuke as if he was her boyfriend, and took her seat.

We were suddenly out of balance, it was understood that she came to control the situation. As far as I was concerned there wasn’t any, but I felt trouble coming and so I remained in my shell.

I told Ama “Do not think, I do not know the whole gang, they could be criminals, let’s not split.”

The new arrival, of whose name I did not understand became the protagonist, she smiled, laughed and talked about herself, I was not interested in becoming the antagonist.

She was focused on me, staring with eyes of fire she said

“When is the dog going to its kennel? I’m not used to having dogs at the table!”

The men acted as if they did not understand. I got up and politely said

“So true, it is not fair to have her when the guests do not like it, come on Luz!”

Emi was watching very carefully with open ears, she quickly brought  Blondie into her room passing behind the counter.

“Could I please ask something!”

“When our son sees the dog he’s always happy, could we consider having you at our table?”

He suffered from autism.

I said that we would be happy to stay with Akira, Luz already rubbed the back of the child and looked directly into his eyes saying words that she knew and she promised him something beautiful.

I said that we would be in our room after dinner, number eight.

Ama joined us right away in our room and we decided to do our best, to stay calm and wait for the pet therapy session with Akira.

She went back and forth with some dishes. I heard laughing very loud, she said that Emi called the girl of Daisuke “Fuck you-Chan”.

The men pretended as though nothing had happened. The girl was OK, the question mark was Daisuke and the crux was Hisao who did not say a word to respect his friend.

In any case this dinner would end up shaping a lot of our choices. The fact that Ama and I rented a house for ourselves and Hisao went to live with his friend in a flat that I never visited, even when the girl went away I always declined their invitations with a thousand runarounds and I could not forgive Daisuke for a very long time.

Once Ama said “It is time to overcome it, Daisuke is very displeased, he loves you very much.”

It was my turn to say “More than those girls he slips into his bed?”

That evening Daisuke left very soon with his girl. The father of Akira came to knock at our door.

Blondie and Luz bounded in and greeted everybody as if the two had been in exile during that hour.

We sat in a group with Akira and family, Luz sat on his lap with her 25 kilo weight.

The child was excited, he took his mom’s hand and dragged her out.

“It will be fine, Luz always knows what to do”

Not a minute had passed, and Akira came back with a little keyboard. After having tried some notes and some paw tunes of Luz, he found the right inspiration to play “Imagine there’s no countries, …”

We began to whisper the words and sing very quietly not to disturb his performance. Everybody else joined in the refrain and finally we sang the whole song to the end.

Akira threw himself into his mother’s arms.

After a week in Japan even I understood it.

Her eyes filled with tears and she said

We decided to meet again the next morning before their departure.

It was for Luz and me, Ama took the opportunity to slip into Hisao’s room.

We walked in our little forest, we let them free to run in a spontaneous choreography of absolute liberty. Akira seemed to have found a way to escape that box which imprisoned him.

We exchanged our addresses and I said that we probably would remain for some time.

I raised Akira into my arms “Be a good boy!”

I waited for Ama till late afternoon. She came back tiptoeing, beautifully unkempt, as if she had just eaten a whole cream cake.

I looked at her, waiting,

END_OF_DOCUMENT_TOKEN_TO_BE_REPLACED 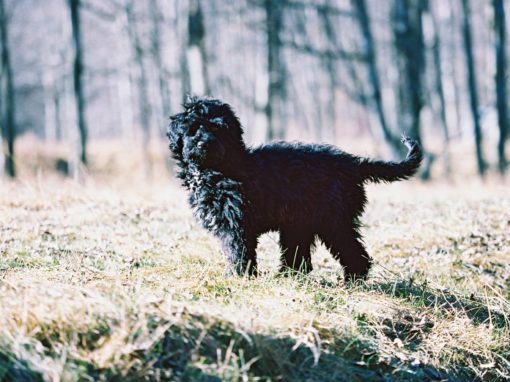 Emi woke me up very early for a tea together.